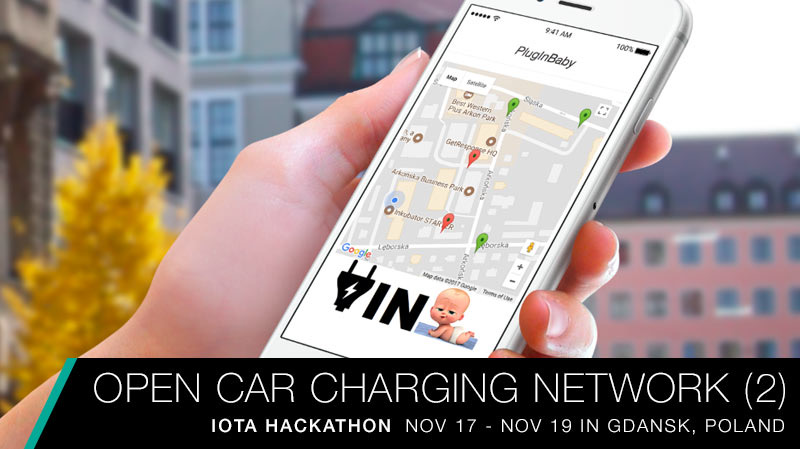 We’ve stirred much interest in the issuance of our XSC token at the IOTA hackathon in Gdansk. We therefore decided to prolong our rewards campaign for IOTA developers for 1 week:

If you’re a developer who committed code to advance the IOTA network during the month of November, you’ll be eligible. If you think you’re eligible you can request up to 250 XSC until Friday, 1 December 2017.

Fill out this form now! Show us that you’ve got the right stuff!
Developer Incentives Program: Claim XSC Rewards

This is the second installment outlining the experiences of the winning team “PlugInBaby” during the IOTA Hackathon. In the first post (found here), we describe the idea generation process.  In this post, team member Rebecca Johnson goes into more detail with regards to how the team built the project and what exactly it accomplishes.

Our PoC decentralizes and democratizes access to a  network of electric vehicle chargers by allowing the chargers to costlessly broadcast their status (offline, occupied, available) via 0 value transactions on the tangle. Next, using a mobile app, users searching for a charging station can query the tangle using 0 value transactions to search for tags of available stations. They can reserve a charging spot and book micro transactions necessary to pay for electricity, all using IOTA. 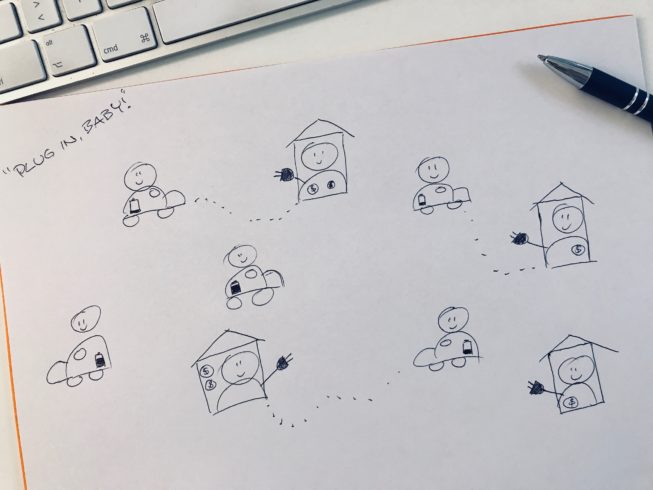 A world where individuals leverage open source software and DIY hardware to decentralise the market for energy.

Using the tangle as a database makes the solution quite elegant. The protocol for sending data and value are essentially the same which removes the need for a centralized payment processing layer and allows for the DIY ethic to extend all the way to the end-user.

This approach is also flexible enough to leave room for participation by utilities and other stakeholders since the hardware and software are open-source.  Improvements are welcome and anyone is free to implement the idea. The code can be found here.

The experience of the PlugInBaby team was similar to that of the Freedom Pass team. We started out by following this tutorial from Baltic Data Science and gained speed by utilizing some of the resources from the Q&A with Chris Dukakis of IOTA. After that, we connected to a testnet node and started issuing transactions.

Like the Freedom Pass team, we also considered using a mainnet node but the issue of how to connect with neighbors was eventually a knockout criterion. This was actually due to security concerns. One of our team members had a Java Runtime Environment setup on a remote virtual machine and we considered setting up an instance of the IRI. In the end, however, we weren’t comfortable with the security risks that connecting with unknown nodes presented.

In contrast to the other teams, the “PlugInBaby” team used the IOTA Python Library to build and connect the backend. Documentation for this library is quite sparse in comparison with the JavaScript Library. We’d like to thank Andreas Osowski, Lewis Freiberg and  Chris Dukakis of IOTA for their round-the-clock support in getting everything up and running.

Our team member Lukasz Zmudzinski has written a great blog post on his site which outlines which Python methods we used to read and write to the tangle in greater detail. We used the Tornado web framework and asynchronous networking library for this project and wrote our own API  to communicate with the front end.

The front end was written primarily in JavaScript and utilizes server.js for Node.  To accelerate development we started using a boilerplate/skeleton for Node.js web applications. We later used bootstrap and AngularJS to improve the styling and make our web app mobile-ready and responsive.

Users can query the tangle for the transactions of vendors with free stations and also read dynamic pricing information. The search mechanism uses information written to tags while the state information about the charging station and the station latitude/longitude are written in the message. This information is then passed via API calls to the front-end for interpretation in the UI. 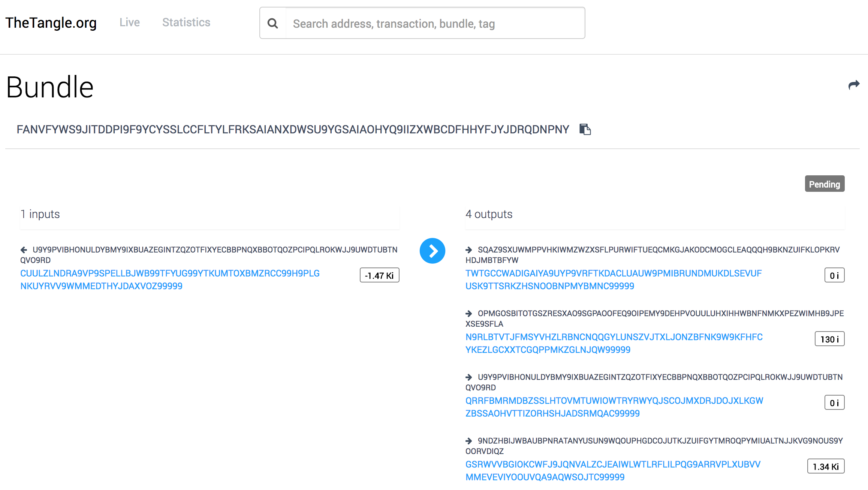 IOTA Tangle output: Following charging all transactions are available for inspection in the tangle.

The PlugInBaby PoC demonstrates the feasibility of an IOTA-based search and payment app for IOTA-based DIY chargers but it is far from ready-for-use outside of the lab/hackathon. A number of issues came up which will need to be solved before this system would be appropriate for public use.

To sum up, the team learned a lot about the implementation of an exciting use case that really makes sense for IOTA. Is this the only way to build such a system? No.  There are many other ways to find, navigate to and pay for electric vehicle charging. Many market-ready centralized systems are already up an running.  Our PoC demonstrates, however, that it’s possible to solve this use case using IOTA alone which allows for the possibility of a scalable decentralized approach. This, in turn, could open up the field to many more players and provide a common system for various entities to build upon. 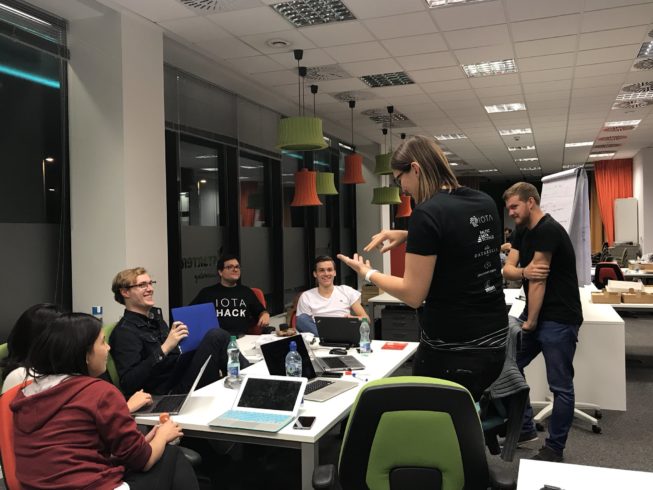 Team „PlugInBaby“ at the IOTA Hackathon in Gdansk, Poland