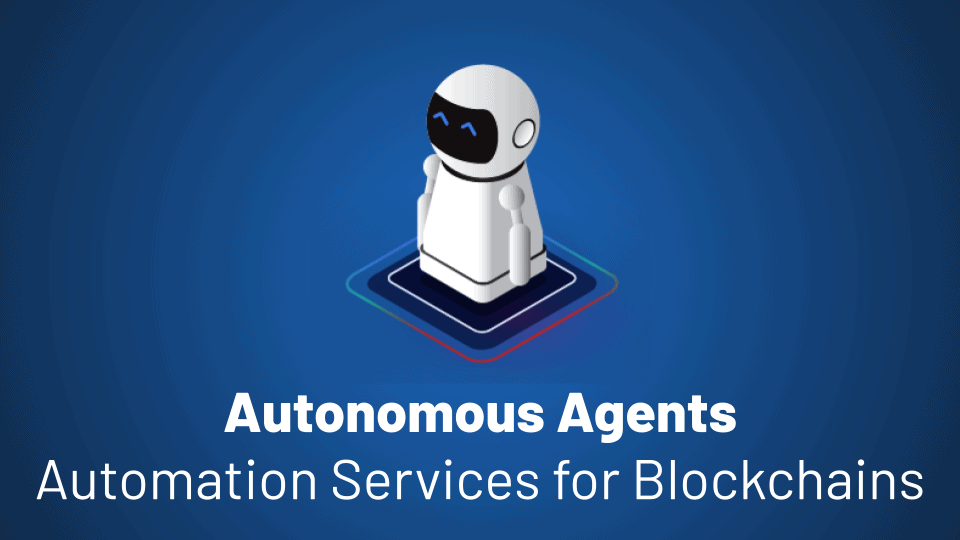 In this blog post, we look at the potential of service automation through autonomous economic agents in Blockchain-based systems. Datarella’s partner Fetch.ai has made it their mission to combine intelligent agents with blockchain technology in several use cases. Deep Parking is one of them, and using a specific example from MOBIX here you can get a feel for the potential of autonomous agents.

The path to the fourth industrial age is being paved by the interplay of Big Data-driven automation, robotics, IoT and Distributed Ledger Technologies, aka Blockchain. Given the increasing amount of data, and the number of digital services that go hand in hand with this progress, the need to automate them is also growing. Users should be relieved of unnecessary work and offered optimal results.

Agents take on the role of autonomously performing tasks on behalf of their clients (individuals or objects). For this purpose, they can also interact with each other. Intelligent agents can make complex decisions by using ML, i.e. AI-powered algorithms, based on large amounts of data.

A blockchain, with its data supply, offers a particularly favourable environment for intelligent agents. The data of a blockchain are permanently available and are logically related to each other. Decentralisation can offer robustness (no single point of failure) and lower transaction costs. Agents can assume a fully autonomous identity on a blockchain through private keys. They can use it to authenticate themselves and communicate their suitability for certain tasks. Agents can use shared protocols (possibly through smart contracts) to coordinate, collaborate efficiently, e.g. by distributing complex tasks among themselves. They can negotiate and make distributed decisions (even though voting processes use their blockchain). Tasks, goals or motives of agents can be recorded in the blockchain and economic incentives can be set for optimal task performance.

With regard to the IoT, a blockchain (as a single point of truth) can integrate various sub-systems, s.a. smart household appliances, smart buildings, smart districts and smart cities, and create added value for all agents participating in the network. Fetch.ai is an example of how intelligent agents can realize automated services based on blockchain technology.

Among the use cases of Fetch.ai, we would like to highlight agents for mobility services – traffic sign agents, parking agents for Deep Parking, agents for eMobility, agents for trains and stations that could even form a decentralised train network. In the process, increasingly intelligent autonomous agents interact on behalf of people or infrastructure, searching for each other, negotiating with each other in the interest of offering their users optimal solutions. In such a case, an autonomous agent of a car could, on behalf of its owner, seek and negotiate with agents working on behalf of parking lots to navigate the car and its owner to a quick and cheap place to park. With Deep Parking at the IAA in Munich 2021, the potential of agents for such use cases becomes clear.

There it was demonstrated how agents negotiate their resources on behalf of vehicles, their owners and the infrastructure to find an optimal solution for everyone without further efforts for the users. The following graphics show an excerpt from the exemplary communication between the agents involved. 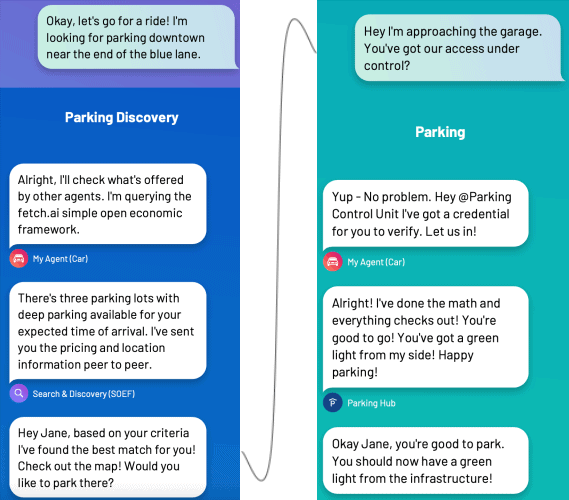 In this case, a user named Jane is looking for available parking space in the city centre. Without Jane having to do this herself, the agent in her car (My Agent (Car)) looks for another agent who offers a parking space via a specific (agent-)network (SOEF). Using Blockchain technology, agents handle authentication, price negotiation, reservation and even payment, autonomously according to their client’s preferences. When Jane approaches the parking lot, access is automatically granted to her car without further ado.

As shown, the scope of tasks autonomous agents can perform and the added value they can contribute is without limits. So, by using autonomous agents, the potential of Blockchain technology can be leveraged for all use cases where handling of huge amounts of data in real-time or near-time is needed.