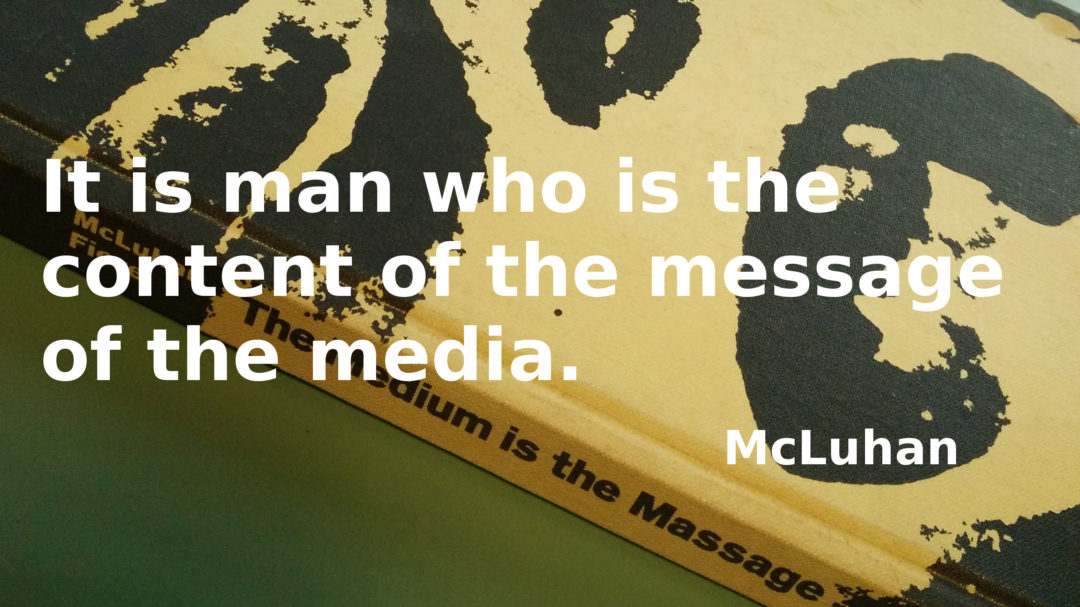 Since 1967 the Consumer Electronics Show CES in Las Vegas has been the display for the latest products in electronic entertainment. Every first week in Januar the big brands disclose their secret products, that will be stacked on the shelves – or rather: put on the online shops.

Until recently, CES was the home match for the classic industry: Hifi, TV sets, car radio, … Even with Apple, Microsoft, and their likes have played an increasingly important role, their focus at this trade show was still also “classic” home entertainment: Smart TV, home cinema, computer games.

Also for 2015 the industry had set-up their things. Companies like Samsung would make clear their strategy in advance: Even more fancy TV sets with even more features. But things turned out quite differently. It seamed as if nobody wanted to watch the TV screens on this year’s CES. Classic home electronics appeared like a relict from the 70s. If not before, it became clear at CES 2015, that TV is no longer the “first screen”.

Three trends dominated the visitors’ interest and the media coverage of this year’s CES:

First: Connected home, in particular smoke detectors, thermostates, and other totally unsuspicous devices, which however gain enormously in their usefulness when connecte via the Internet; it is thus not the “talking refridgerator” that has been predicted by industry journalists for years, but classic, dry appliences.

Second: Connected car. What the automotive industry has shown at CES was really amazing: Autonomous cars, market ready; convincing systems for accident prevention, and other novelties in driving safety, that we can expect now in new cars.

Third: Wearable tech, electronics that we carry directly with us. Apart from fitness gadgets like wristbands, pedometers, or connected scales, there are in fact hundreds of smart watches with all kinds of applications, from fitness up to caring for the severely ill.

All three trends have one thing in common: The display by which we interact with them is mobile.

Our smartphones are already no longer just the second screen behind the TV set. In the US, the time spent with mobile devices exceeded watching TV. And the awareness that we dedicate to our mobile screens when checking them more than 200 times a day, is far greater.

The content that works on our mobiles is by no means online, with just less space on the screen. On our smartphones and tablets, we use mainly the direct communication. Social media, especially Facebook and Twitter, and in particular image-sharing platforms like Instagram are still the closest to what used to be “classic” media. But more and more forms of connected communication draw their users by the millions or even billions, like messaging apps of Whatsapp or Snapchat sort, or totally new forms, like Yo.

What not long ago would have been derogatorily called ‘user generated content’, UGC, has become simply the content.

The trends at CES show, how this development will further evolve. Next to the content that gets posted consciously and arbitrarily by the users, like texts or images, more and more automatically generated data is added. Every morning there are thousands automatic posts, published by fitness apps like runtustic about the training of their users. Lifetracking cameras like the narrative clip pictorially document without us being active, our daily routine, Jawbone reports our deep sleep phases to all connected friends in our user group. With ‘Bring Your Own Data’ sharing of very intimate data, gathered by our gadgets, becomes a serious part of our health care: Our self-tracked data support our doctors at helping us.

Social media, that is shared thoughts and pictures, and self-tracking, that is shared data, are two sides of the same coin: The most interesting stories are humans themselves.