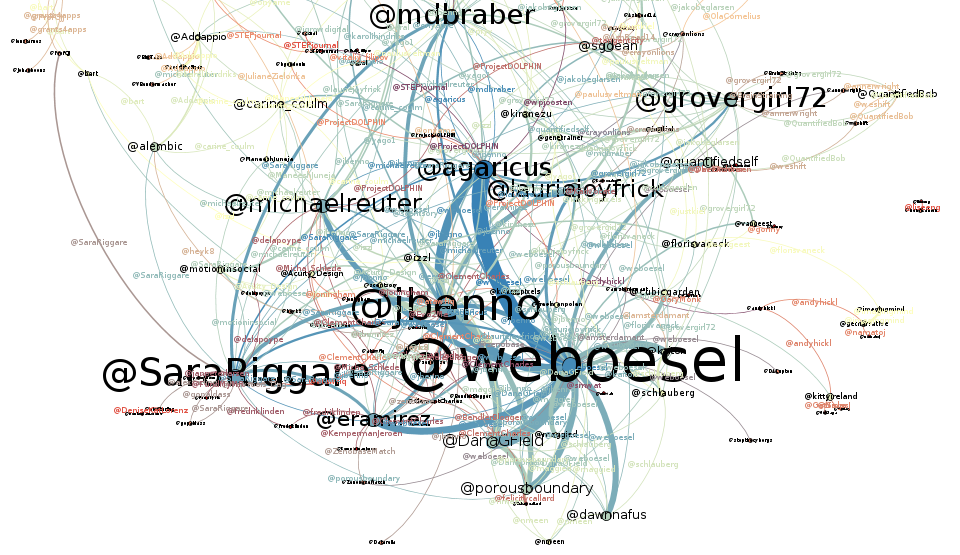 The Quantified Self Europe Conference 2014 had shown some activity on Twitter, as expected. 156 different people twittered using the #qseu14 tag. Nevertheless the absolute number of #qseu14-tweets slightly declined to ~1100 in 2014 from ~1700 in 2013.

The Twitter-activity, again hardly surprising, was higher on Saturday:

Distribution of twitter activity before and during the #qseu14 conference; blue=reply.

A nice hint on the socializing quality of the event gives the proportion of tweets sent as replies, which was higher on Sunday; maybe thus showing the more personal conversations. The connections between the conference are shown in this network graph: 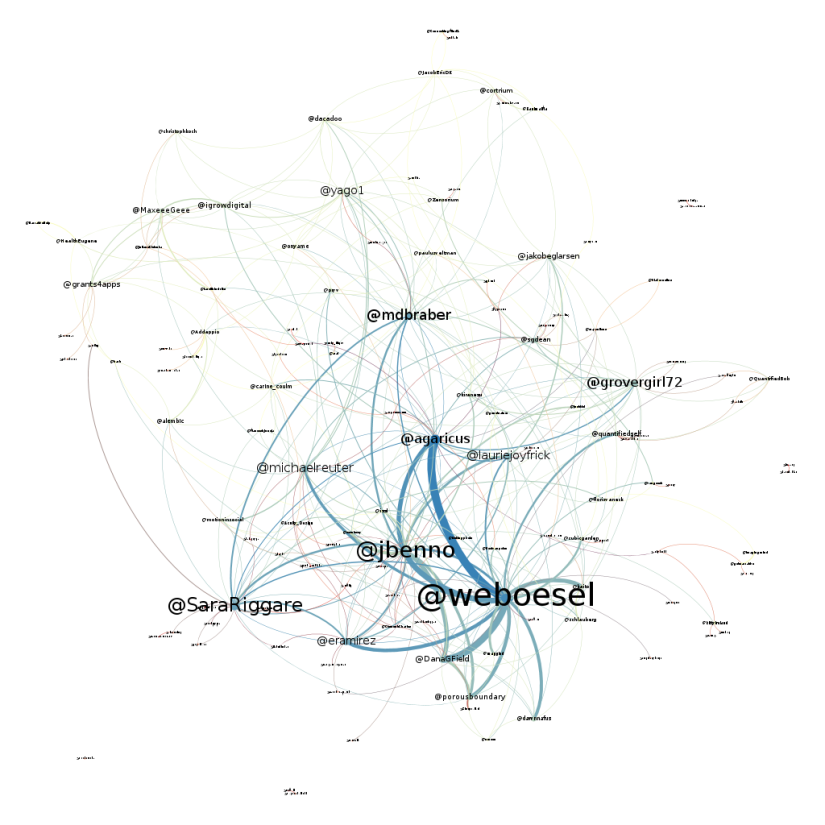 Network diagram of Tweet-Reply relationships. Method: Force Atlas; weights for edges are the counts of tweets from one person to the other

Two twitterers are clearly standing out: Number one again is Whitney Erin Boesel (@weboesel) with 196 tweets, almost reaching her last year’s count of 221 (then twittering under the nick of @phenatypical); number two is me (@jbenno) with 133 tweets, which means I have more than doubled, even if I had been the second highest scoring participant then, too. 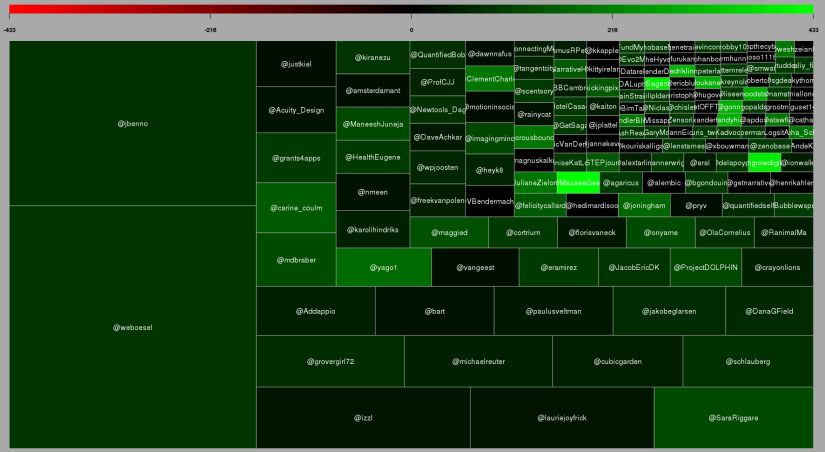 Twitter leaderboard for the #qs14 conference: Nr. 1 is Whitney Erin Boesel closely followed by myself. The colors reflect the percentage of people that had been included in the tweet as an reply.

Here’s an easy overview of the most common words with stopwords removed: 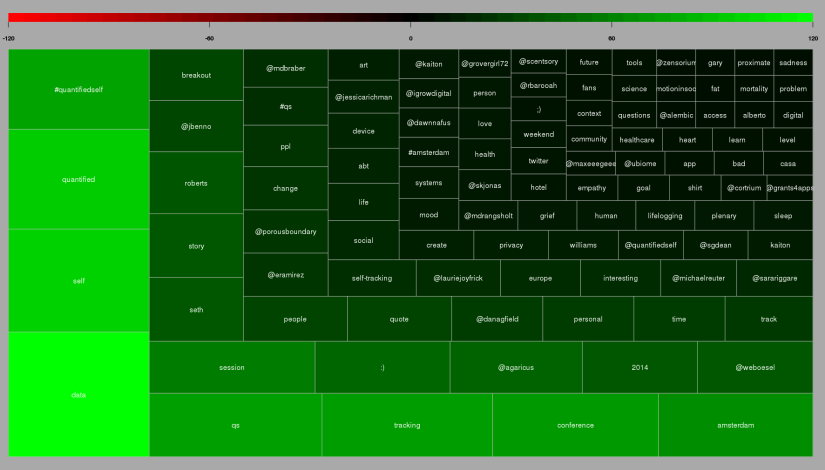 Words in the Tweets tagged #qseu14

And these are the idioms: the most common trigrams (=three consequtive words): 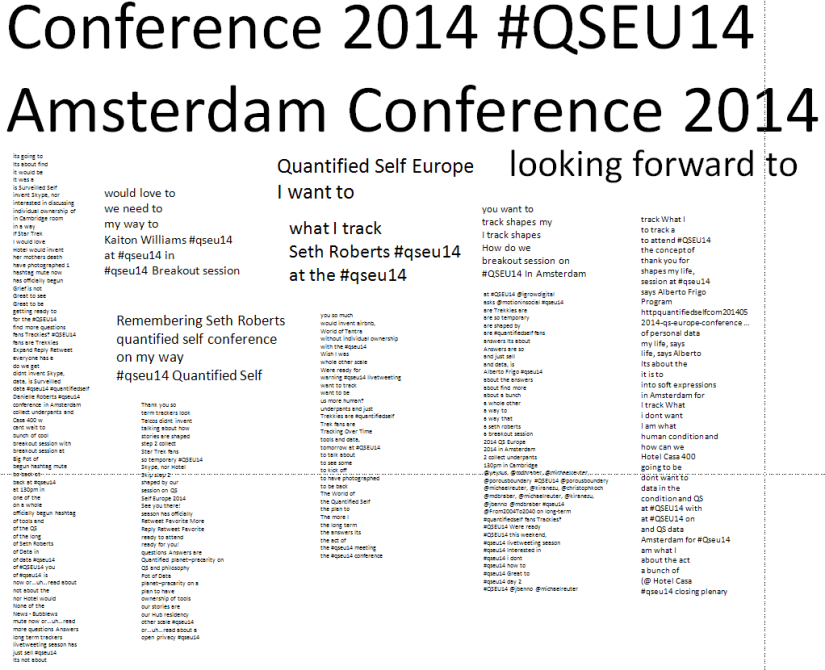 I will post thoughts and impressions that I took home from #qseu14 soon, too.

Other posts regarding the Quantified Self Europe Conference 2014 on this blog:

← Datarella People: Max Gotzler, Basketballer & Entrepreneur
Why Quantified Self Is The Next Big Thing →