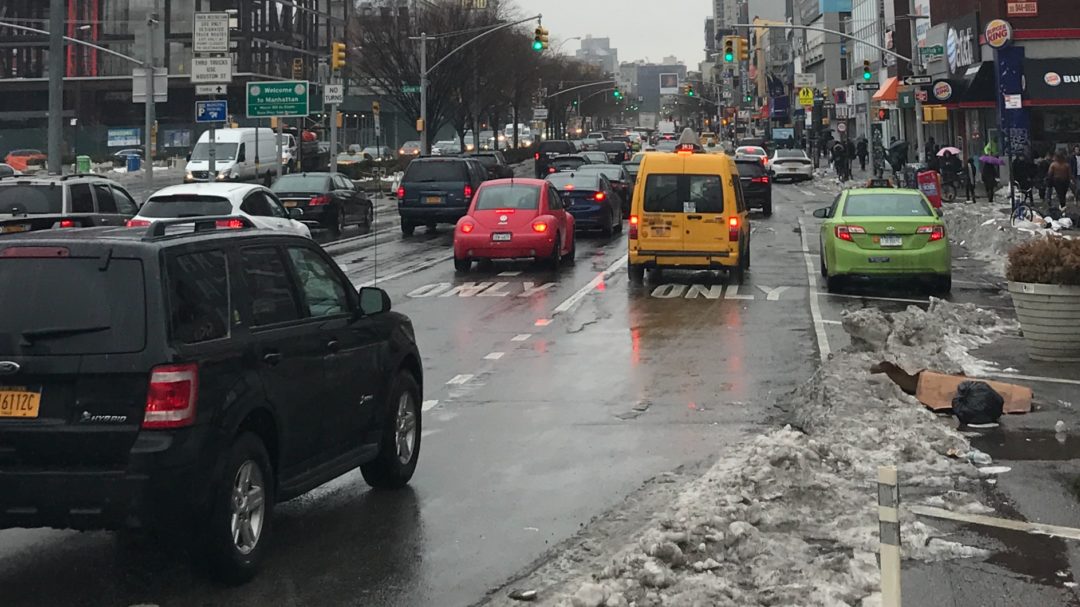 Driving by car is strongly connected with a feeling of personal freedom. While we book flights just for one specific itinerary, and train tickets are usually only valid for a short period in time, we can get into our car whenever we want and drive any route that comes to our mind. Traffic jams, detours, or temporary road blocks apply to every driver the same way. And also speed limits or priority are not depending on how much we pay. This also holds true for toll that might be charged to cross a bridge or a tunnel – every driver is treated the same way.

However can we take this condition for granted that provides a network of roads in a neutral way to every user? Net neutrality is not a matter of fact in every industry, not even in all branches of mobility and logistics. Rail services e.g. charge special rates for express trains. While the tariff structure of rail companies are rather transparent in passenger services, this is not the case for transportation of goods. Depending on the buying power and on the negotiations of the customers’ procurement, freight will be transported timely or might travel rather slowly to its destination.

In telecommunications, the rate structure is even more notorious for its lack of transparency. Voice and data plans vary by orders of magnitude regarding bandwidth or duration that comes with different plans.

Net neutrality in telecom services became an important issue when ‘over the top services’ like Youtube or Netflix started to consume significant proportions of bandwidths. It became obvious that in the long run the carriers would be degraded to mere suppliers of infrastructure, just delivering a commodity instead of becoming ‘value added services’ that could charge their customers extra for their precious entertainment programs.

Until now, users pay for using the service in terms of just transportation of the data packages, no matter whats in the date. Since they are the ones who pay, it should thus follow consequently that the services they want to access must not be charged by the telcos or otherwise the service would be charged twice. In Europa as in many parts of the world it is still mandatory for telcos to act neutrally regarding the services requested by the users.

‘Managed services’ is what telcos are lobbying for in opposition to net neutrality. The argument goes that companies like Google (with Youtube in particular) or Facebook act like parasites on the infrastructure – skimming the profits without contributing to maintain it. Although there is very little facts provided to prove the allegations, it is not totally implausible. Advocates for net neutrality would respond though, that restricting net neutrality would give telcos a wrong incentive, not to invest in infrastructure to improve the situation, instead to shorten supply to be able to raise the price for services, or even worse, to exclude competition like Skype or Whatsapp and rather continue selling their own products like voice telephony or SMS.

With roads, the situation is fundamentally different. It is comparably easy to add new wires or build additional base transceiver stations to get more throughput for the network. It is much harder to build more roads, in urban environments it is often even impossible to increase the capacity for traffic. The consequence can be seen everyday: Traffic jams, overcrowded parking lots, polluted air. Worst examples are the big metropolitan centers in China and India, but the situation in most big cities in the US is also dire.

Road access without regulations thus leads to a classic example of the ‘tragedy of the commons’. Each driver will ask herself, why she should be the one to refrain from the benefits of individual traffic and switch to public transport. Some cities have already introduced special tolls, like the congestion fee for entering central London.

Autonomous cars and car sharing services when becoming broadly available would indeed offer another model. Telecommunication carriers license frequencies in the electromagnetic spectrum from the state, for which they have to pay a considerable sum. In return they can offer differentiated rate plans to their customers, and realizing a significant upside for themselves. Cities or whole countries could offer mobility carriers a similar deal: Car sharing platforms would rent capacity from the public, and resell their added value mobility service to finance the infrastructure. Rate plans could be fine tuned and automatically adapt demand. It might in this way just become to expensive to use individual means of transport for a commute that you could as well do in public transport or by bicycle.

That this is no far fetched business model at all is shown by Uber. Uber’s surge pricing anticipates such mobility services reacting elastically to actual demand. A major outcry followed when people became aware that instead of being charged a few dollars like usually, they would suddenly face payments more expensive by orders of magnitude.

Since the times of Henry Ford, individual traffic in the own car has been woven into the culture of most societies. It is thus not easy see opportunities and risks from a more distanced, more objective vantage. It will also not be easy to find the right rules and regulations to make a system of managed services for mobility fair and supportive to the economy.

The worst would be a contemporary version of highwaymen. Second worse however would be to go on and waste space, pollute the air, and jam the vessels of urban life like it can be seen in many cities today. Net neutrality for mobility will therefore become an important issue.