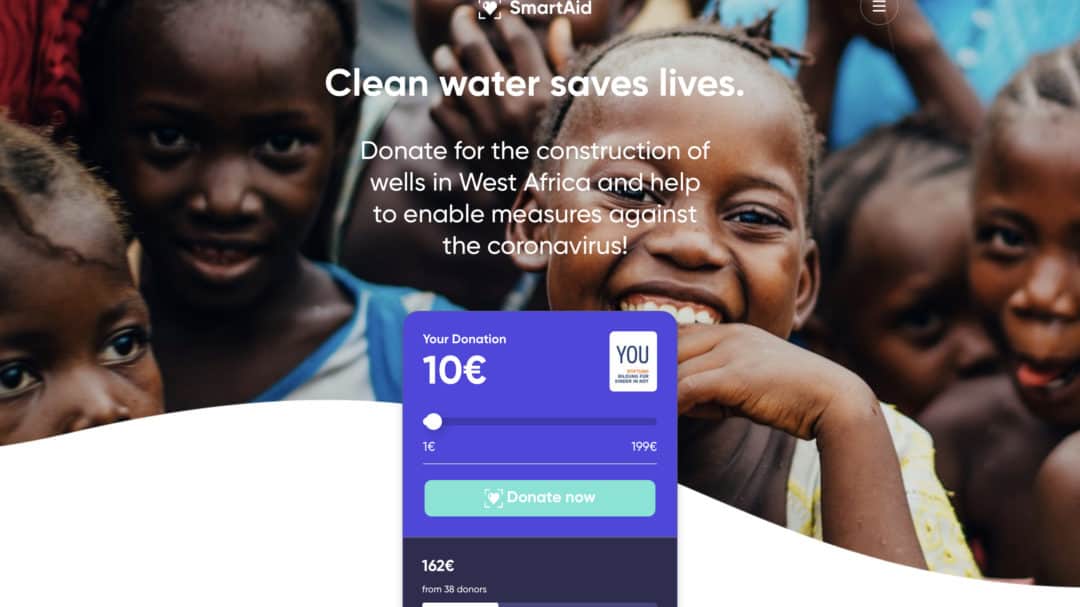 Last week, Datarella and YOU Foundation have launched SmartAid, the first digital donation app that allows for traceable donations based on blockchain technology. SmartAid offers immediate support in crisis situations and lets its donors track their donations until they reached beneficiaries. SmartAid’s first project is “Clean Water for West Africa”, a charity project initiated and managed by YOU Foundation, led by UNESCO Special Ambassador Dr. h.c. Ute-Henriette Ohoven.

Why Donating Must Be Changed!

Time and again, potential donors wonder how difficult it still is, to donate to the right cause, and in an efficient and fun way. Often, you can’t donate using your mobile, or can’t even donate online. Then, you would donate to a certain general topic, rather than to a specific project. Last, but not least, as a donor, you can’t track and trace the path of your donation. Many potential donors are put off by clunky, complex, and intransparent donation processes. Given a huge amount of spare money many people in the rich parts of our world have available for being spent to a good cause, this is a wasted opportunity.

Efficient, and easy-to-use, the blockchain-based web app does not only make donating fun, but offers fervently desired transparency of the money flows: Right after having donated between 1 – 199 Euro, the donation will be stored on the SmartAid blockchain. The donor receives a tracking code to trace her donation until it reaches its destination. This so-called “traceable donation” is a world first.  Secure and immutable blockchain technology guarantees that all donations will reach the right beneficiary by making the flow of money transparent to the donor.

Donating via SmartAid is not only secure, efficient, and transparent – it’s fun! A direct connection to a donor’s credit card or PayPal account allows for an easy process that even lets donors share their donations via Social Media, thus motivating others to share this experience and jointly support the charity project.

“For a long time, we at YOU Foundation have been looking for a way to enable individuals to donate to our charity projects all around the world. Therefore, we can’t wait to see SmartAid in action!”, says Ute-Henriette Ohoven, founder of YOU Foundation.

“Since 2015, we at Datarella have been working on Blockchain projects with our corporate partners, such as Bosch, Siemens, BMW, Merck, and international humanitarian organizations, such as the UN World Food Programme WFP, or UK Aid.  We are very happy to launch SmartAid, together with YOU Foundation, and we are highly curious how donors will perceive the new transparency of their donations”, adds Michael Reuter, CEO of Datarella.