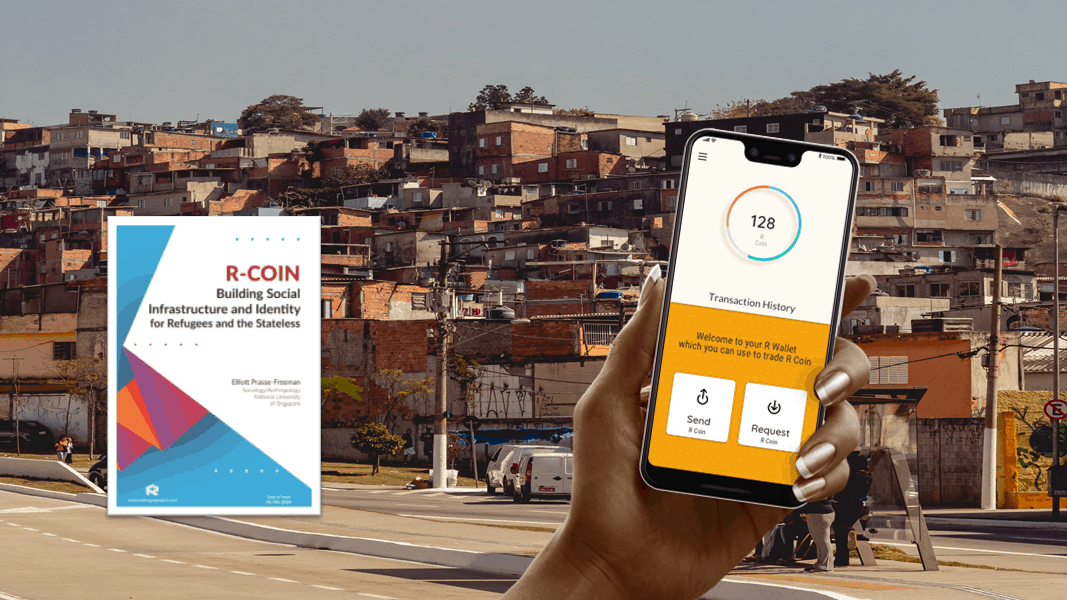 After visiting and experiencing the extremely poor circumstances at a Rohingya refugee camp in Bangladesh, Gerd Müller, Germany’s Federal Minister of Economic Cooperation and Development, decided to stop financial aid for Myanmar and to provide funds instead to improve the situation Bangladesh. UN aid agencies are calling for a package worth millions. Blockchain technology offers a way to ensure that these millions indeed arrive at the people in need, it is a tool that allows the economic inclusion of – and even the creation of a digital identity for – the stateless Rohingya.

The Rohingya are an Indo-Aryan ethnic group, who has been living as a Muslim minority in the northern part of Myanmar. According to the 1982 Citizenship Act, the Rohingya are not considered to be one of the 135 indigenous people and are therefore not entitled to Myanmar citizenship. The situation between the mainly Buddhist nation and the Rohingya people escalated on August 25, 2017, when various targets in Myanmar were attacked simultaneously and the Arakan Rohingya Salvation Army took responsibility for the attacks. This has been followed by coordinated military attacks against the Rohingya population. United Nations mediators speak of a “continuing genocide” in which soldiers have murdered thousands of people and committed various war crimes against the Rohingya population. Correspondingly, more than 1,3 million felt to Bangladesh, over 400.000 to Myanmar and thousands to other countries in Asia.

Unfortunately, the misery continues in the countries the Rohingyan refugees fled. Bangladesh, where major Rohingya refugee camps are located, permits the construction of permanent houses to prevent the transition to be permanent. Living conditions are miserable due to a lack of sanitation. Furthermore, schooling isn’t always available, which diminishes the future prospects of the 600.000 children living in the camps. Also, the situation in Malaysia, where the second-largest Rohingya population lives, is difficult. The refugees are tolerated but excluded from social life – they aren’t granted a legal identity.

Some of the consequences of not having a legal status are: 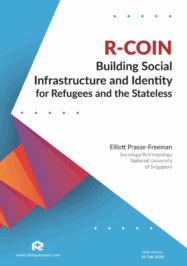 Datarella is very proud to be working with the Malaysia-based grassroots Rohingya Project which just recently has been rewarded with the Malaysian National Recognition Reward for their work, leveraging the advantages of blockchain technology through the R-Wallet and R-Coin.

R-Coin, short for Refugee Coin, is an ERC20 based token that is hosted on a private, permissioned Ethereum blockchain network. Therefore, R-Coins can’t be traded on public exchanges, thus they aren’t vulnerable to any volatility. The associated R-Wallet, a mobile app, stores the private/public keys, which allows interacting with the blockchain, or in plain English: to store, send and receive R-Coins.

R-Coins are used to reward refugees for community work, such as teaching, care-taking of children, cooking, cleaning, transportation services. For every hour of voluntary work, the refugee gets 1,0 R-Coin transferred to his wallet. At the end of the pilot phase, the participants will be able to redeem the collected coins for goods and services, from Starbucks gift cards to ATM cards, accident insurance, and health services.

The short and medium-term goals of the R-Project are to include refugees in the society, to increase their working skills and to provide them with a financial tool, the R-Coin and the R-Wallet. The transfers of R-Coins for voluntary work serve as “proof-of-work” and, therefore, can be taken as the basis of a digital identity, providing a digital CV, for the stateless Rohingya.

Blockchain technology can also be used to ensure that donations arrive where they are intended to arrive. To enable donors to trace the whereabouts of their donations and to directly support such impactful projects like the R-Project, we are working with financial services provider Wirecard AG on a respective project called “Traceble Donations”. If you’re interested in learning more about this value-creating project, stay tuned for our forthcoming blog posts or you visit our next Blockchain Meetup on 31 March in Munich!